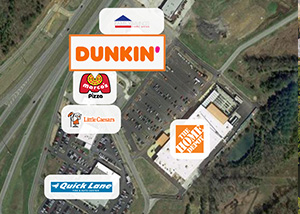 Harbert Retail’s Casey Howard and Lacey Scott represented the buyer of a 0.95 acre Home Depot outparcel located at 24556 John T Reid Pkwy in Scottsboro, Alabama. Howard and Scott also represented the Dunkin’ franchisee– Southern Food Services, LLC– who signed a lease to build a new stand-alone Dunkin’ location on the outparcel. The site is situated on one of Scottsboro’s most active retail corridors with neighboring retailers including Zaxby’s, Little Caesar’s, Marcos Pizza and others.

Southern Food Services, LLC, , has been in operation since 2012 and has built and operated 11 Dunkin and Dunkin Baskin locations throughout the state of Alabama. Southern Food Services, LLC, is one of the fastest growing Dunkin’ franchisees in the South. The group has been able to secure key trade areas around Alabama to grow their store network and has multiple stores in the development pipeline throughout the southeast region. 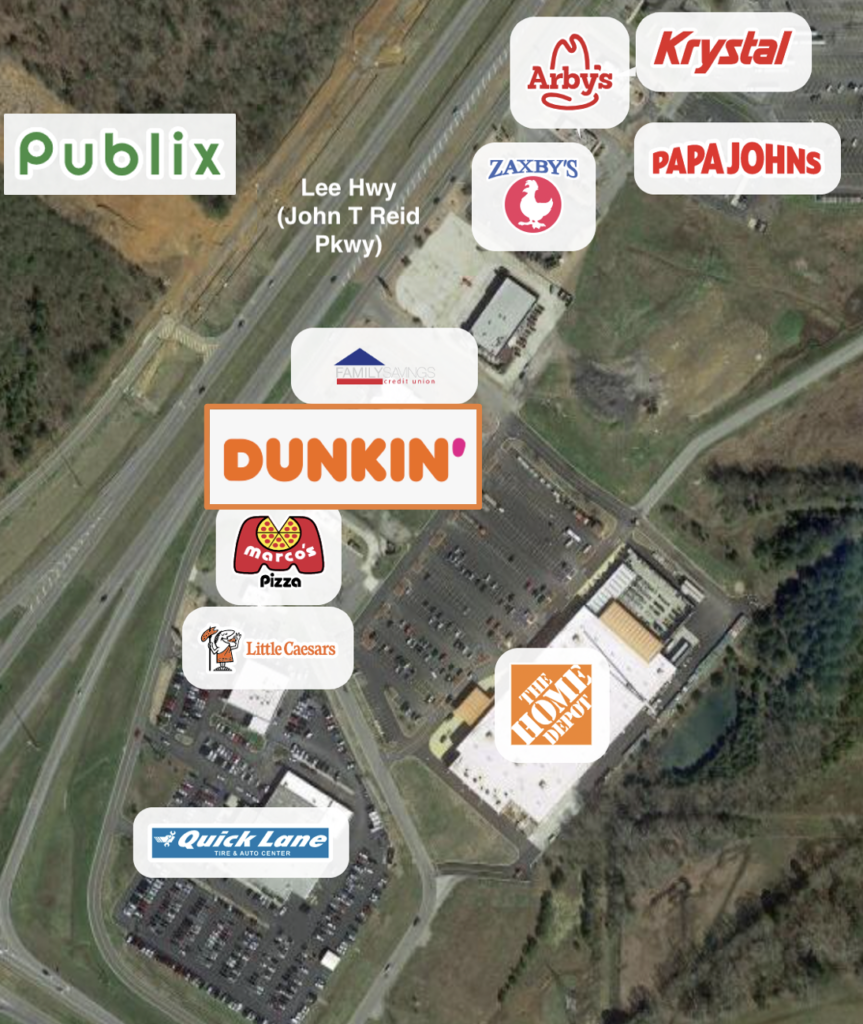