Birmingham, Alabama. January 6, 2016. Jim Wilson & Associates, LLC (JWA) is pleased to announce the completion of an 80,000 SF lease with KBR, Inc. (KBR) for office space at the Galleria Tower, JWA’s 275,000 SF Class A office building at Riverchase Galleria, Hoover, Alabama. KBR is a Houston based engineering and construction company with a great tradition in the Birmingham, Alabama market. Final plans indicate KBR will occupy floors 4, 11, 12 and 14 of the Tower. “With an outstanding effort by all parties working together, this new deal puts in place another exceptional company at the Galleria Tower,” said Jim Wilson, III, CEO of Jim Wilson & Associates, LLC. Construction and renovation of the office space for KBR has begun and occupancy is scheduled for the second quarter of 2016. KBR will bring over 400 people to the Galleria Tower. 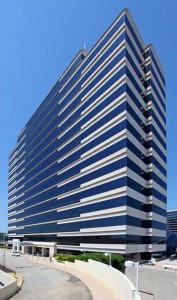