The bank opened a loan production office earlier this year on Central Avenue in Homewood. In October, the Alabama State Banking Department approved the bank’s request to relocate that office to the Federal Reserve Building downtown.

The new location at 1801 Fifth Ave. N. Suite 100 will also serve as a full-service branch with tellers and an ATM.

“While Robertson Banking Company expanded into Birmingham with a loan production office, it was always our intent to open a full-service branch, and we felt strongly that downtown was the right location for us,” said Whit Bird, Robertson’s city executive for the Birmingham market. “With the bank being founded in 1870, we found the historic nature of the Federal Reserve Building very appealing.”

The bank, which has almost $280 million in assets according to the FDIC, operates four offices in Marengo County, two offices in Tuscaloosa and one office in Birmingham.

“The bank has been well-received in Birmingham, and our results thus far are exceeding expectations,” Bird said.

Click Here for the full story from the BBJ by Angel Coker. 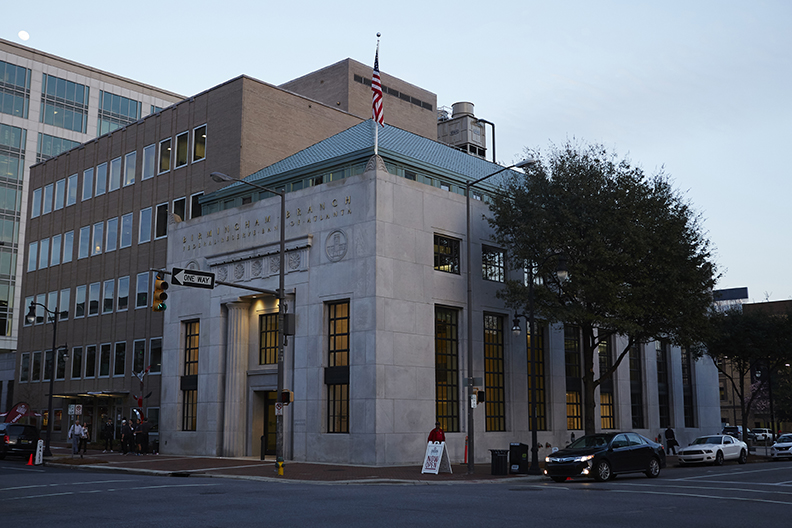